What is a college cross country workout schedule like? 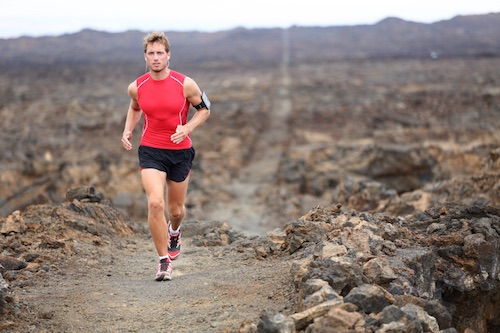 At the college level, cross country is different from high school mainly because the races are longer (5.2 miles/8K versus 2-3 miles). Depending on the school and division, training can start as early as July or August, several weeks before classes resume. During the main season, you will train five days a week, compete on the fifth and have one day off. But many coaches will still advise going for an easy run by yourself on that day. To fit everyone’s schedule, races are usually held on Saturday, either in the morning or afternoon.

When training, you generally run distances that are close to races (8-10K). This usually varies from slightly less to twice the distance (4 – 12 miles or 7- 19 kilometers). Most teams run an average of 40 to 45 miles (64 to 72 kilometers) each week. In competitive programs, it’s not uncommon to have two workouts in the same day (such as a morning and an afternoon run which break the total distances up). Studies have shown this can be very beneficial and almost counts as two days.

But for cross country, it’s not always about the distance you run. Most workouts are designed to increase your speed, endurance and strength. This includes speed-work, interval training, hills, middle and long distance. Routes include trails in the woods, playing fields, golf courses, tracks, sidewalks and pavement. It generally reflects the conditions you might see during meets. Speed-work and interval training typically involve shorter distances but are much harder. For example, you might run 1-2 miles to a local track (if you’re school doesn’t have one), then run one mile four or five times in a row. Each mile would be timed and you have to run it fast (or faster than you’re comfortable with), with a short break in between them. For example, the coach might ask you to run each mile in five minutes. Yes, it’s brutal, but it significantly improves your speed. Later in the season, you’ll be able to run a much faster pace with the same effort. As the season progresses, you’ll find the easiest days are when you do simple long distance runs.

Depending on your location, most training will involve a mixture of hills and flat terrain, such as “rolling hills”. It is important to run routes with both inclines and declines as well as off-road, so you’re comfortable running anywhere. Many teams specifically do hill workouts once a week. For example, running up the side of a short and steep or long and gradual hill multiple times with short breaks in between. In our school, we took advantage of the hills at a local abandoned ski area. While college cross country is more challenging than high school cross country, you’ll find that you adapt very quickly.